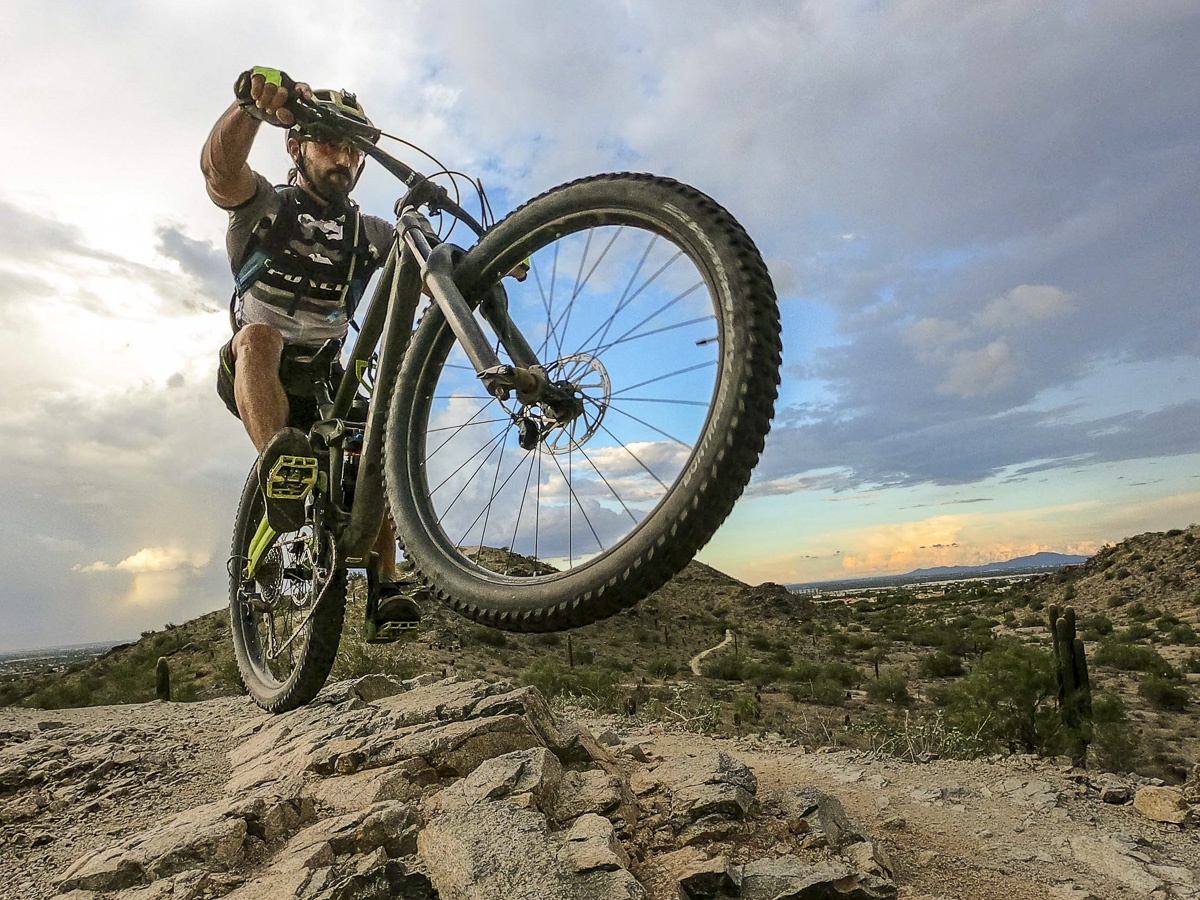 This article is meant to provide you with some bike photography quick tips on taking photos while on the trail. Certainly, volumes can be written about photography, covering topics such as shutter speed, lighting, color temperature, depth of field, etc. Most non-professional SLR cameras don’t allow much control over these anyway. Instead, I have assembled a short list of a few basic techniques that you can easily incorporate on any trail using any camera. After all, who has time to set up a scene like Ansel Adams when what you really want to do is remember the moment and get back to the gnar?

(This article was written by BY MICHAEL PAUL and posted here in its entirety. )

Most amateur trail photos these days are taken with either a smartphone, a small point-and-shoot, or an action camera such as a GoPro. Although many of you may own an SLR with interchangeable lenses, few riders take them on rides because of the weight and bulk, and the chance that a crash may destroy costly equipment. For this reason, all of the photos used to illustrate Photography 101 below were shot using a GoPro Hero3, or a smartphone camera, so that you can apply these tips easily with the gear you may already own.

If you have never taken a course in photography, it may surprise you that a few simple “rules” can transform a mediocre photo into one that really “pops.” It does not matter what type of camera you are using: taking a great photo can be easy. Composing the scene– how you place your subject in relation to the background–is the most important thing to keep in mind . Furthermore, you can polish a photo even further with simple, basic editing techniques (more on that in a subsequent article). Here are a few composition techniques to get you started.

This soft “rule” is one of the most widely-used among novices and professionals alike. When looking at what you want to photograph, divide your scene into thirds, both vertically and horizontally. It doesn’t have to be perfect. Then, place your subject (the rider) on one of these lines, or where the lines intersect. Believe it or not, this creates a photo that is generally more aesthetically pleasing than placing your subject in the middle, or way off to the side. Don’t believe me? Try it both ways with the same photo and see for yourself.

Leading lines are simply lines in the photo, such as trees or railroad tracks, that can be used to literally point a line directly at your subject. Singletrack is an excellent natural leading line, because it forces they eye to follow the trail until it sees the subject. In general, it is best to leave some trail in front of the rider so that the eye can follow it, instead of placing the rider in the foreground.

Epic mountain bike photography comes from the angle of the dangle. Get high or get low–because angle is key to exaggerating your subject in the scene. Shots taken at chest height are often boring, and this photo of me jumping off of this small rock would be far less dramatic if shot at eye level. In contrast, those taken very low to the ground make the subject appear larger, and accentuate the height of riders. Also keep in mind that taking photos up high, especially with wide angle lenses, give a sense of scale and can make great photos.

This photo was taken by placing my GoPro on the ground, then using the interval timer every 0.5 seconds to capture a series of photos. I simply edited this one, and deleted the others.

By using natural elements already in your photo, such as flowers or tall grass in the foreground, you can build a natural “frame” around your subject and draw more attention to an otherwise relatively small rider in a big scene. Trees can also act as leading lines.

Light is one of the most important tools you can manipulate to make a photograph stand out. The warm tones of sunrise or sunset–which cast lengthy shadows–are generally more inviting than the bright “contrasty” color temperatures of mid-day sun. Using backlighting can further dramatize a subject, creating in this photo a subject that is not only framed by the rocks and trees, but stands out loudly from the bright sun behind him. This photo was actually captured and edited from GoPro video, which is why the resolution is also somewhat poor, but acceptable.

Bike’s move, so bike photography is an art of movement. Panning is the art of following your subject with your camera at the same speed that the subject is traveling, then snapping the photo to create a sense of motion while keeping your subject in focus. If you are photographing in a darker area, such as a forest, the camera has to use a slower shuttle speed to gather more light, and the blurred background effect is even more prominent. Using a flash, particularly if your camera has what is called “rear curtain sync,” will make the subject stand out even more.

Another technique to emphasize motion is to ensure that your background, or scene, is in sharp focus, while your subject–the rider–is blurry, illustrating the subject’s sense of speed. Again, photographing in darker places slows down the shutter speed and blurs the moving subject even more.

Faster shutter speeds, on the other hand, stop subjects in their tracks. As you may have guessed, your camera will use a faster shutter speed when it is brighter outside, making it easier to take shots such as this one even with an action cam. Although shutter speed is easy to manipulate using an SLR, most action cams and smartphones do not allow you to change the shutter speed, so you have to “fool” the sensor by shooting in brighter or darker places in order to manipulate it. This was taken using a handheld GoPro near the ground, but notice also the leading lines of the clouds, rule of thirds, and how a wide angle amplifies the sense of scale.

Creating depth is as easy as placing an object in the foreground, so that you have something up close and something farther away. The foreground element doesn’t have to be your subject, and it doesn’t even have to be in focus, as long as it adds distance and depth to the overall photograph. With bike photography, to emphasize scale, try placing the subject off to one side, and use other composition techniques to put the subjects in perspective–whether the background is a desert, large trees, or the ocean. Here, several riders along a leading line create multiple depth elements to illustrate how big and how far away those Fruita mountains really are.

Color isn’t just about having lots of vibrant hues, which can actually overwhelm and confuse the eye without something to focus in on. Instead, it is important to compose color and contrast in equal parts to make your subject–in this case, the rider–stand out, even though the subject has relatively no color in a sea of otherwise muted green-earth tones.

Some rules are made to be broken, and bike photography is no exception. Using standard composition techniques can transform any dull photo into something better. However, some photos are actually more appealing when you ignore the “rules.” Don’t be afraid to experiment! Here, this rider is perched atop a section of the Mag 7 trail in Moab. He is in the center of the photo, and obviously does not follow the rule of thirds. In addition, the rock that he is on actually frames the background, instead of the subject, and the leading lines of the highway far below do not intersect with him. Framing the background, however, is what creates such a sense of scale and depth that it makes the photo work.

As riders, we are privileged to see parts of the world that few actually experience. Trails are generally constructed in places with backdrops that are ripe for excellent photographs. Hopefully this handful of techniques will help you create better images; we would love to see more of your photos here on Singletracks!

Gear I use when riding: 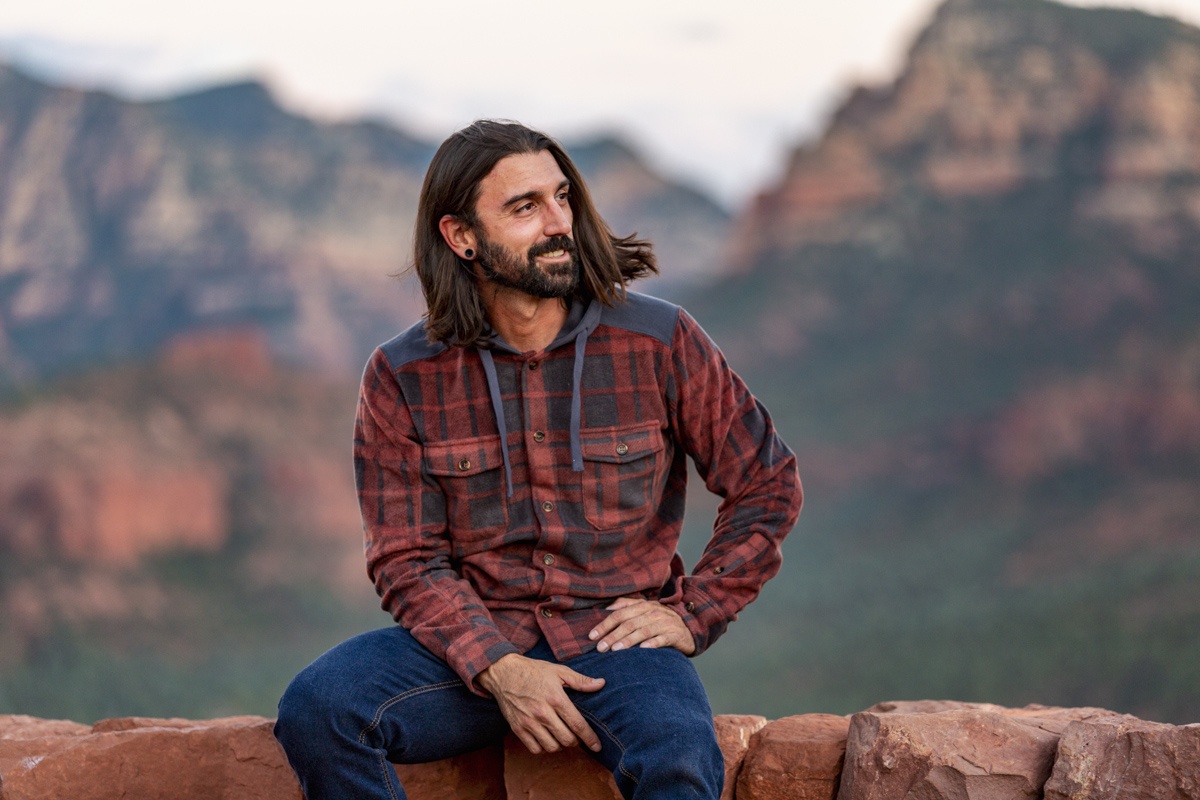 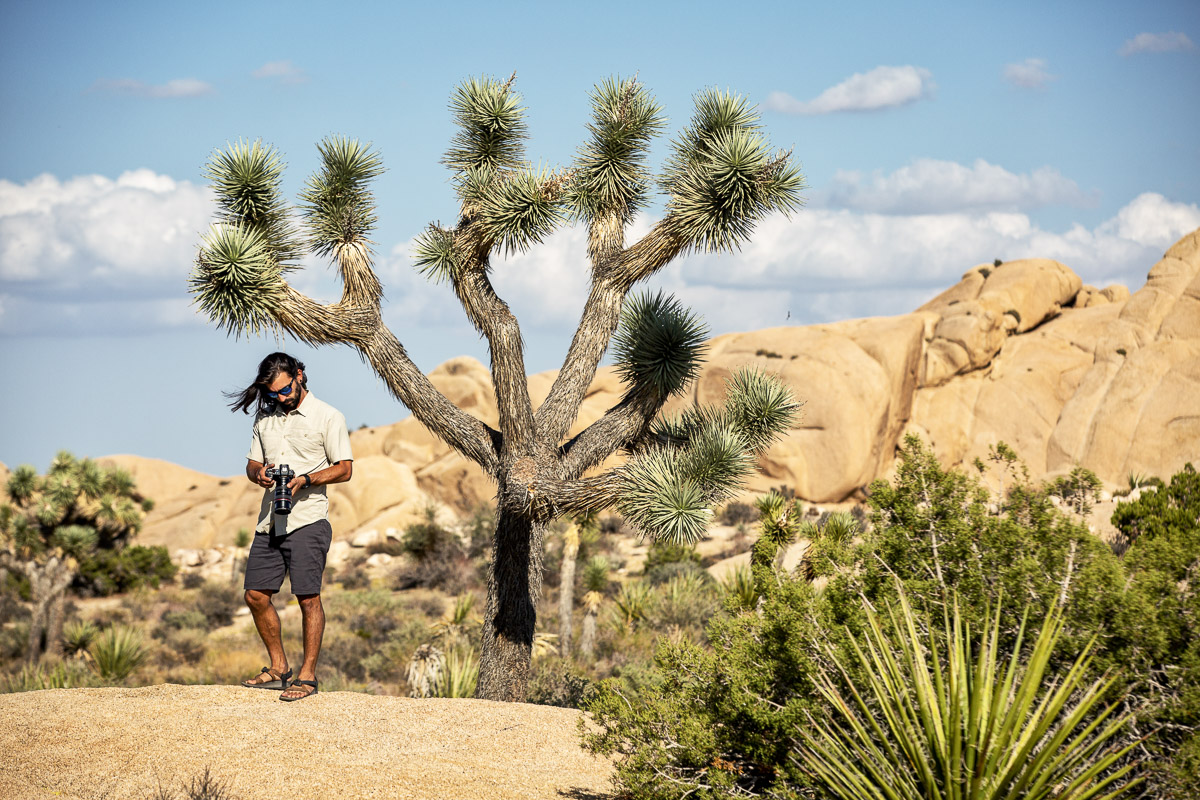 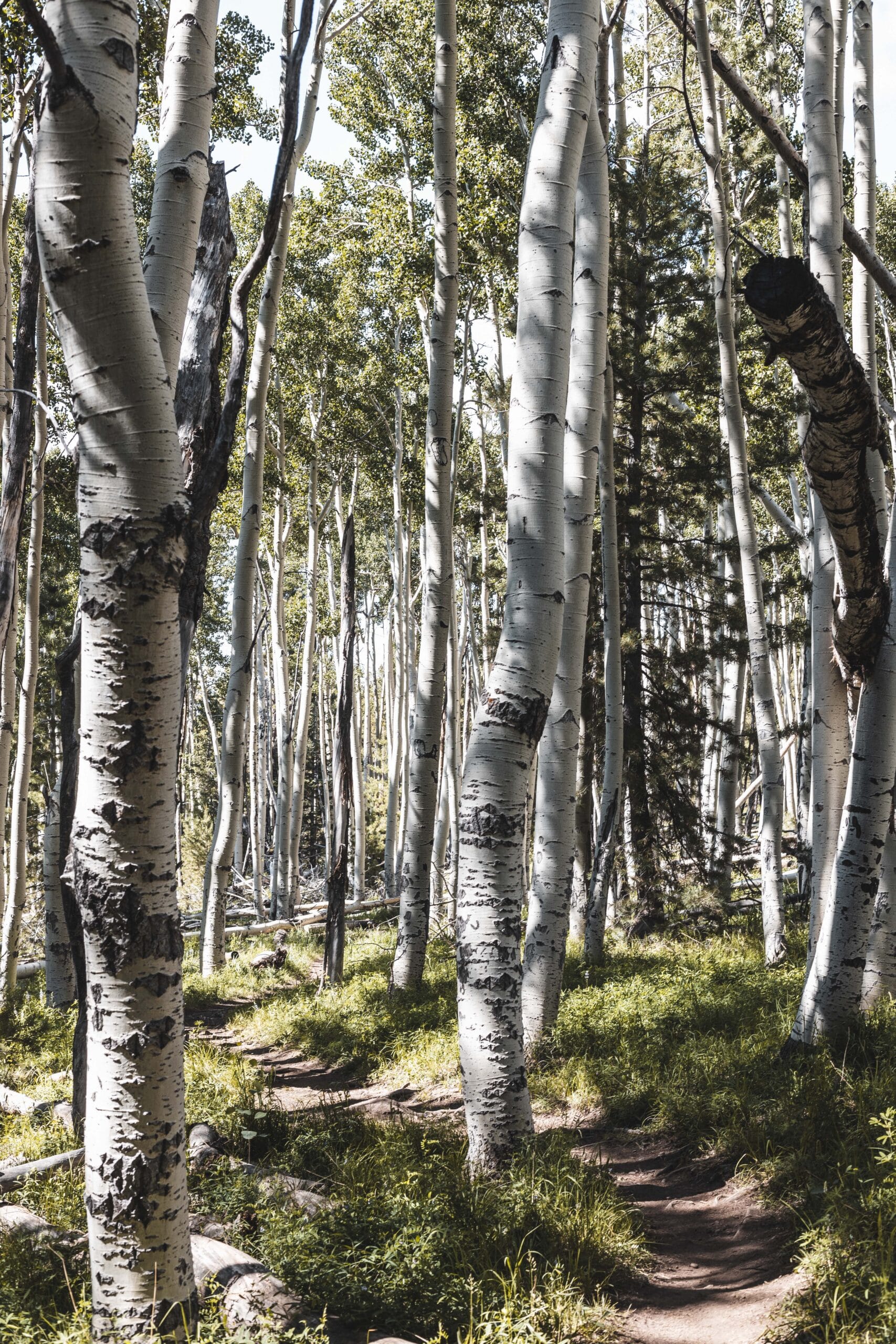